Under the hood of a ConvNet

Visual viewpoint of the linear classifier

As shown in the illustration above, the filters in first layer are learning primitive shapes, oriented edges, blob-like structures and opposing colors, just like the human brain does. 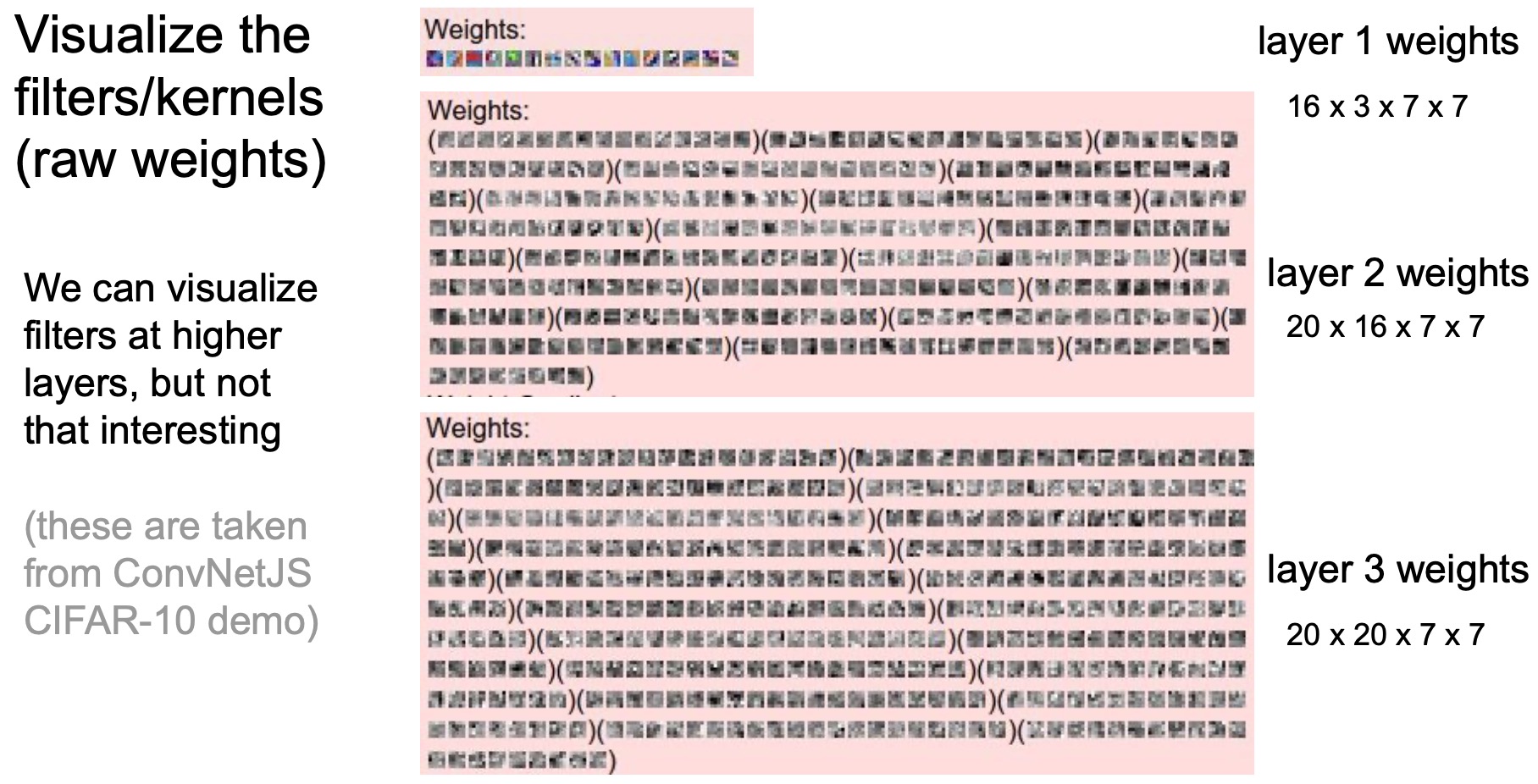 If you look at the weights of the second or the third layer, we can’t really interpret these results anymore. While it was nice that we could interpret the very first layer’s weights, anything beyond the first layer is really hard to make sense of. Alone they don’t make as much sense unless they’re put together along all the channels. 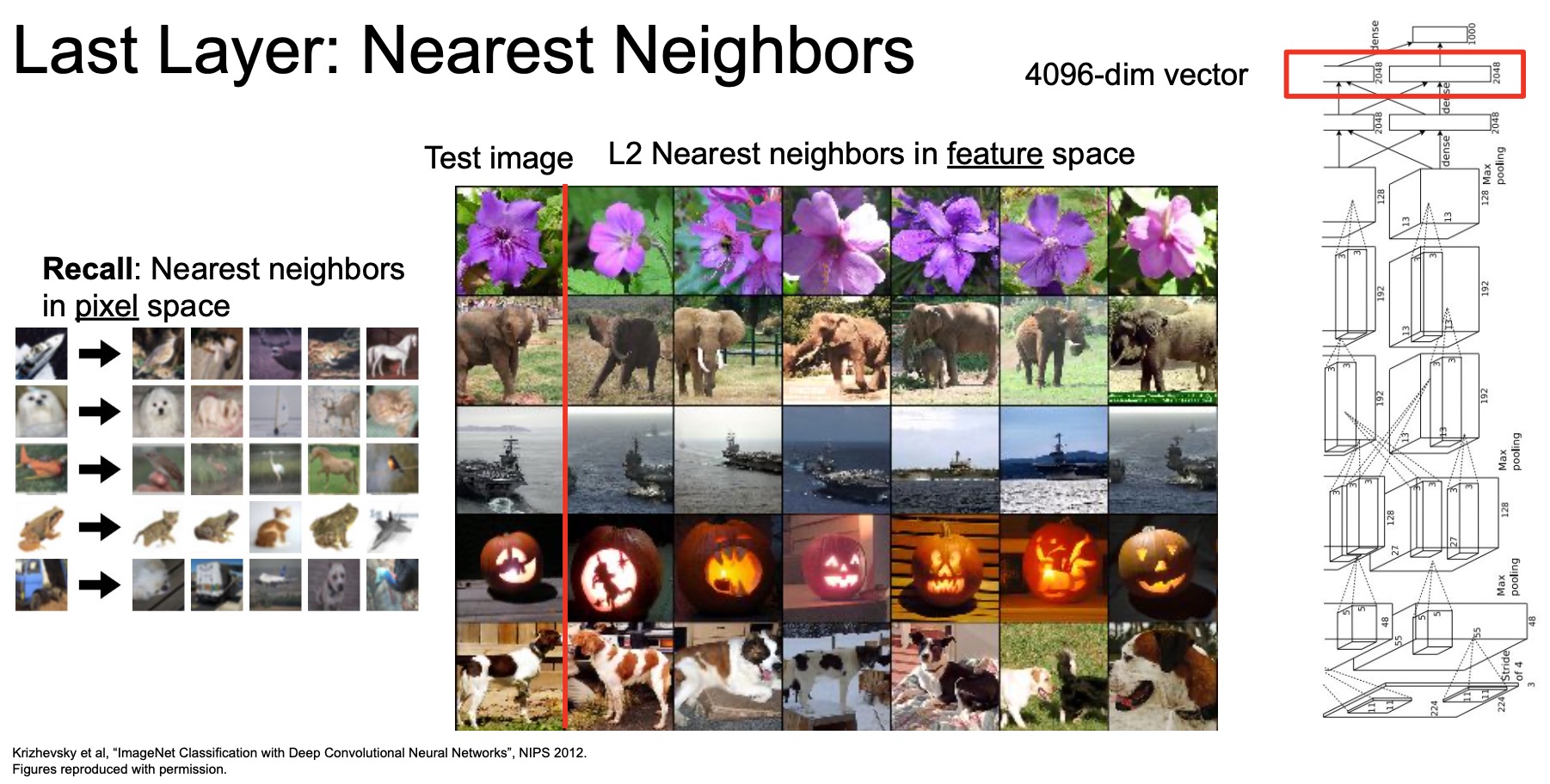 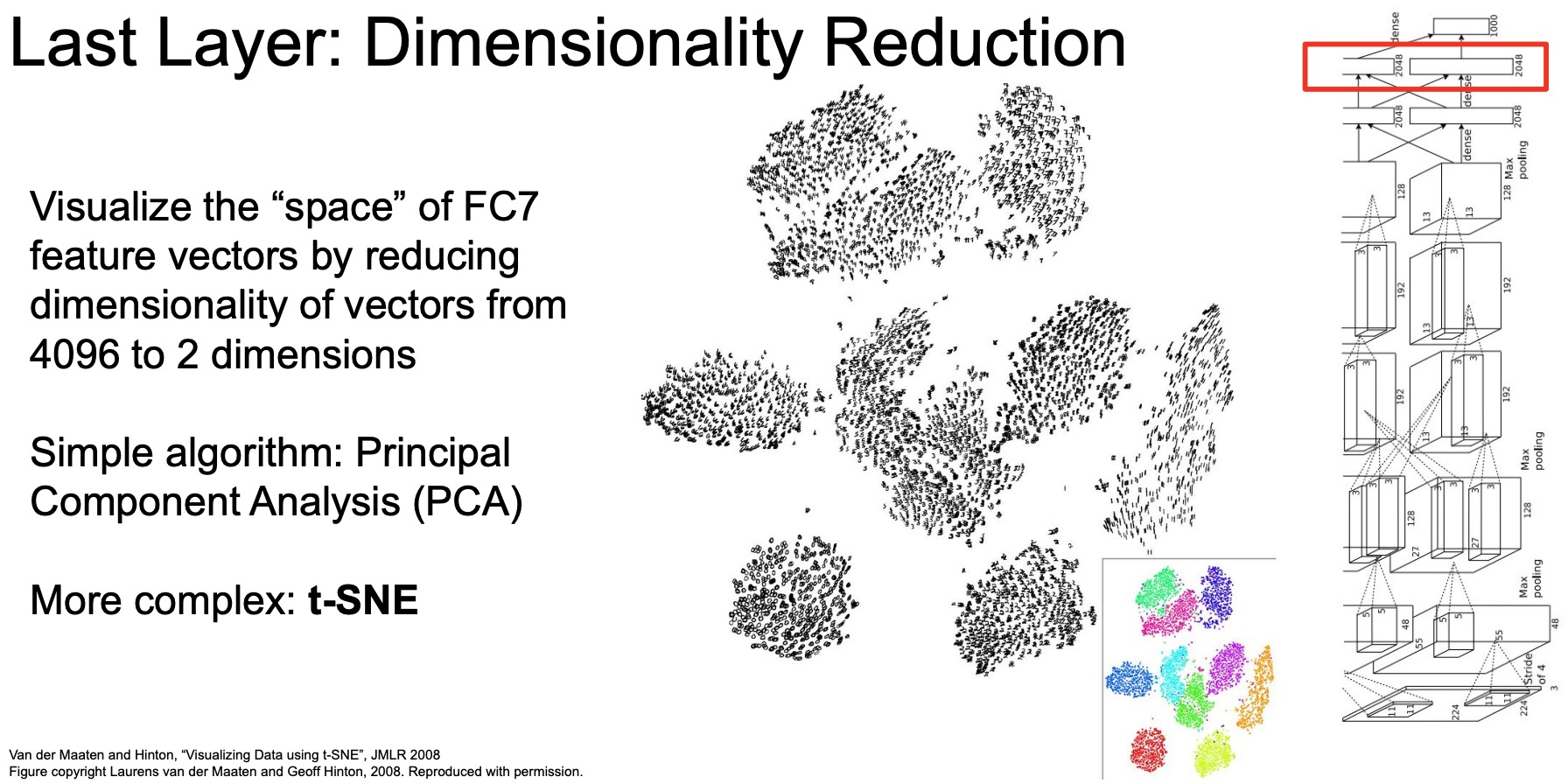 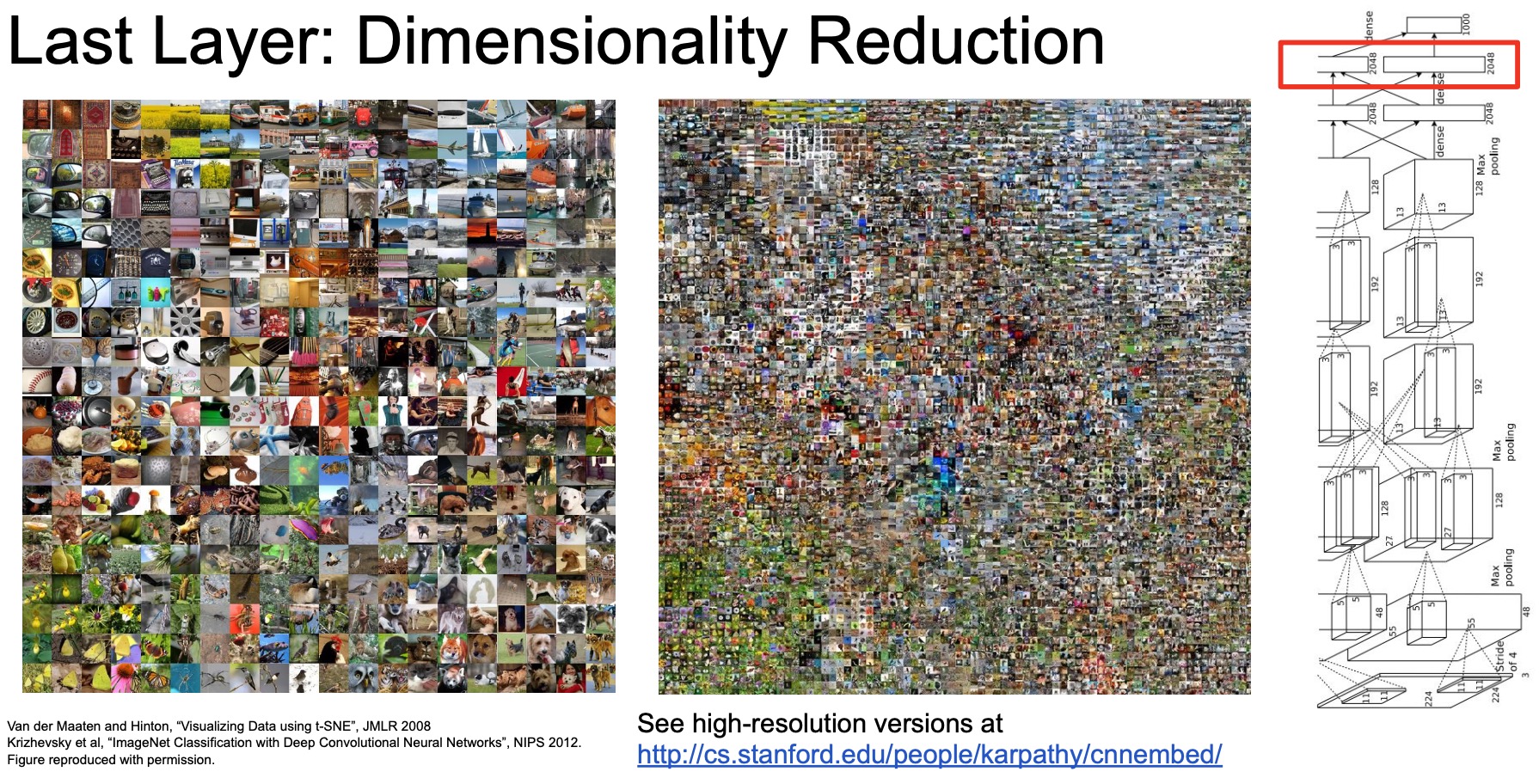 The reason you might want to build out these kinds of visualization techniques is because it gives you a sense of what the model is learning. It also gives you an understanding of the geometry of this learned embedding space. 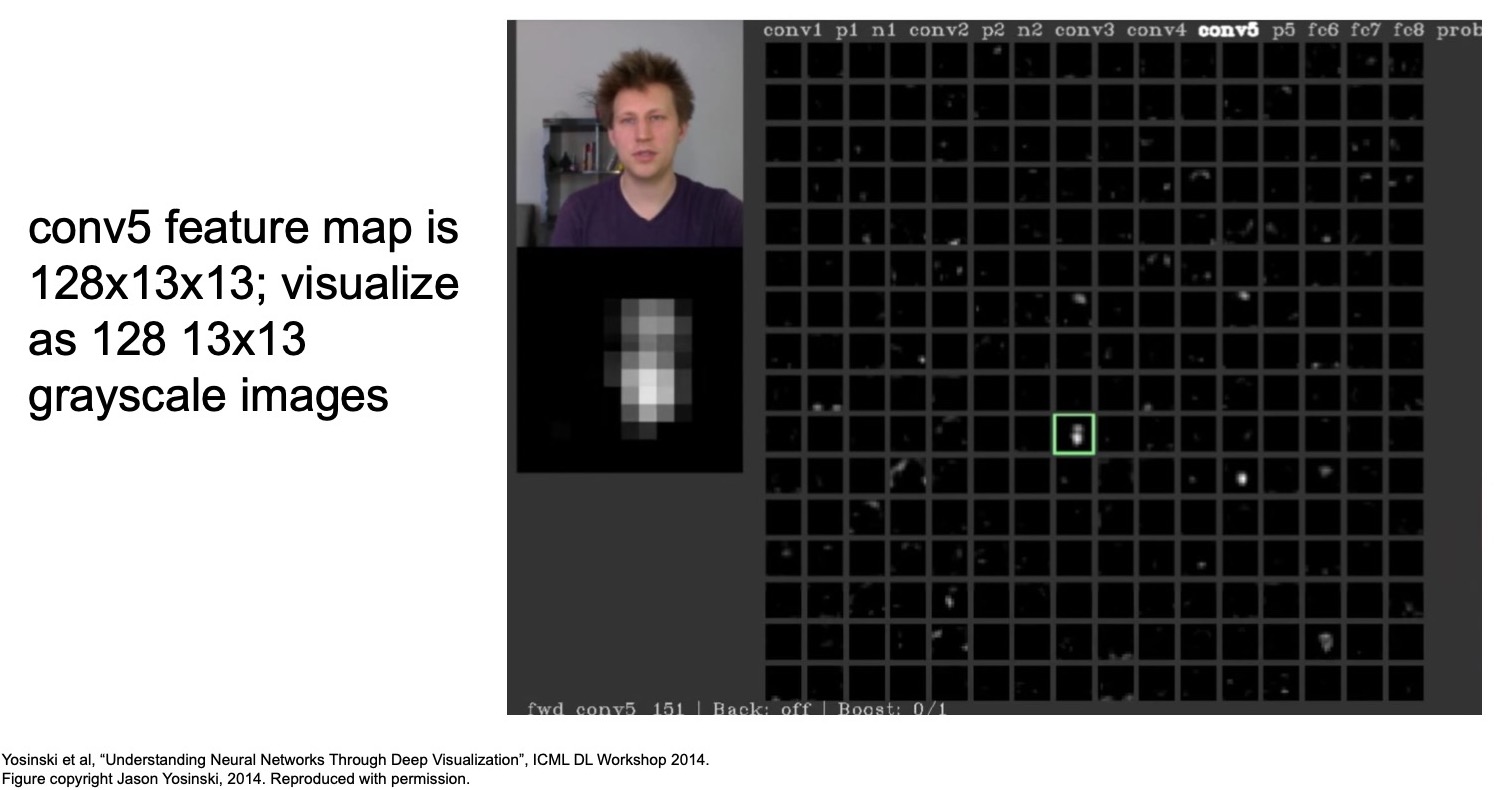 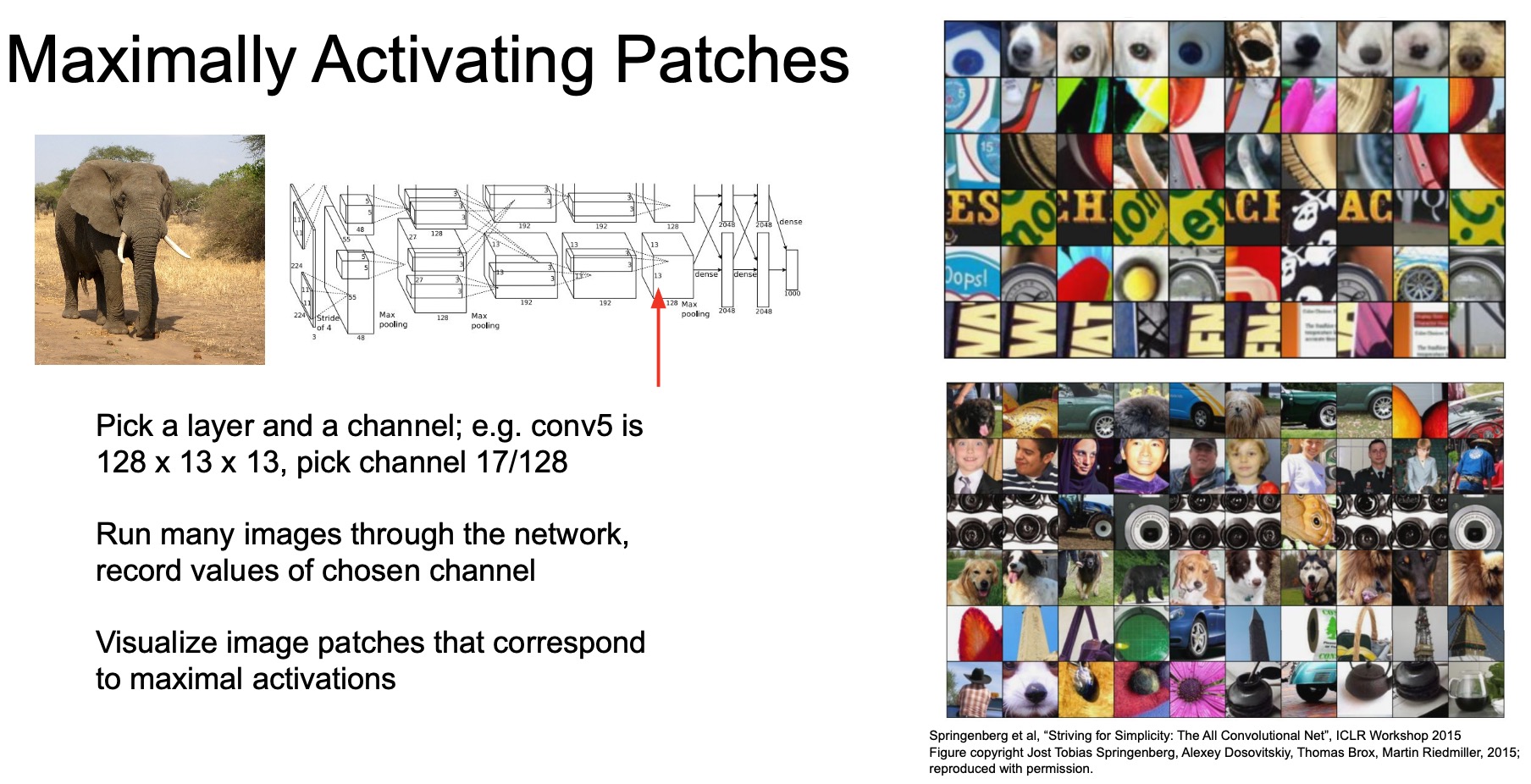 Which pixels matter: Saliency via Occlusion

The idea behind occlusion experiments is to mask part of the image before feeding it to your ConvNet model and draw out a heat-map of the probability that the image still belongs to its class at each mask location. THis will yield the most important parts of the image that the ConvNet has learned from. 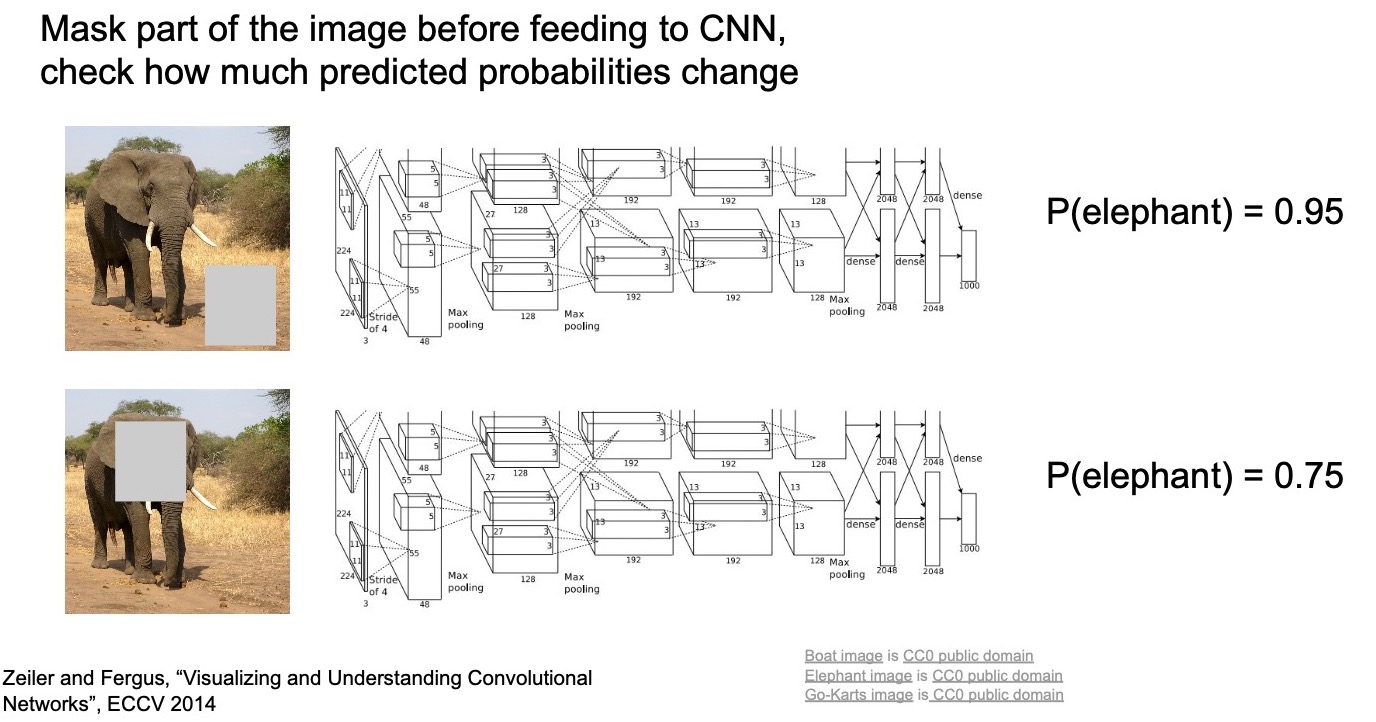 Thus, saliency via occlusion functions using a sliding window approach where you slide a patch across the entire image. Next, for every single sliding window location, measure how much the score of the correct class drops. This gives us an indication of what parts of the image are most salient for that particular category/class. 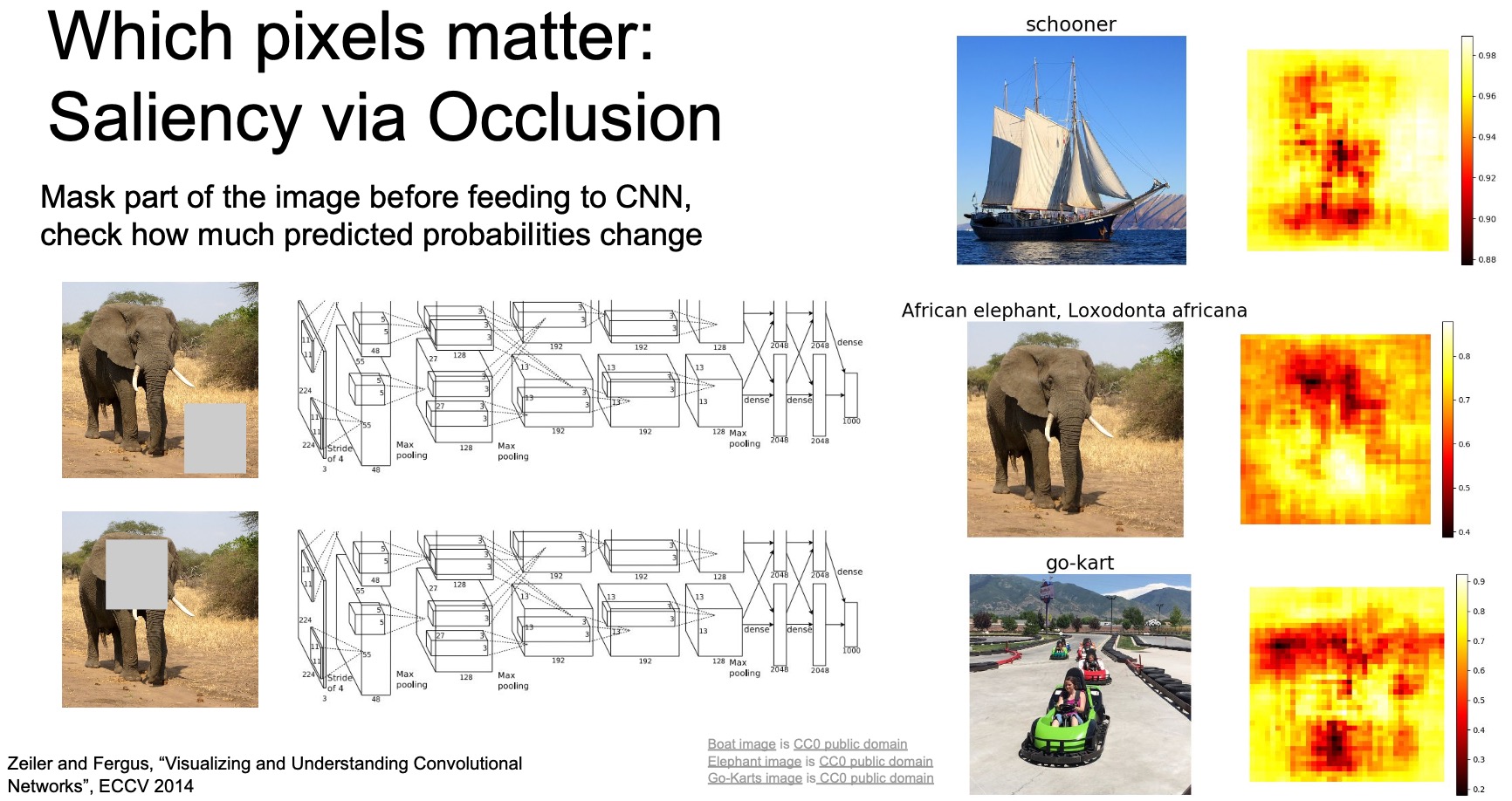 Which pixels matter: Saliency via Backprop

Specifically, we try to maximize the activations for the dog class by computing the gradient of the unnormalized class score with respect to the input image pixels, take the absolute value and max over all 3 RGB channels and backprop this value into the blank image. This yields a gray image that represents the most important areas in the image.

Guided backprop thus relies on the fact that the generated images come out nicer if you only backprop positive gradients through each ReLU.

The basic idea is that instead of continuously back-propping to our weights when we trained the model, once we’ve trained the model we can backprop into an empty or randomly initialized image to try to figure out what is the input image that maximizes a specific activation.

Next, they did gradient ascent from a sampled images from a particular cluster rather than starting off with a random image and they try to maximize the scores for all of the images within that cluster.

Deep Generator Network (almost a GAN but not quite!) 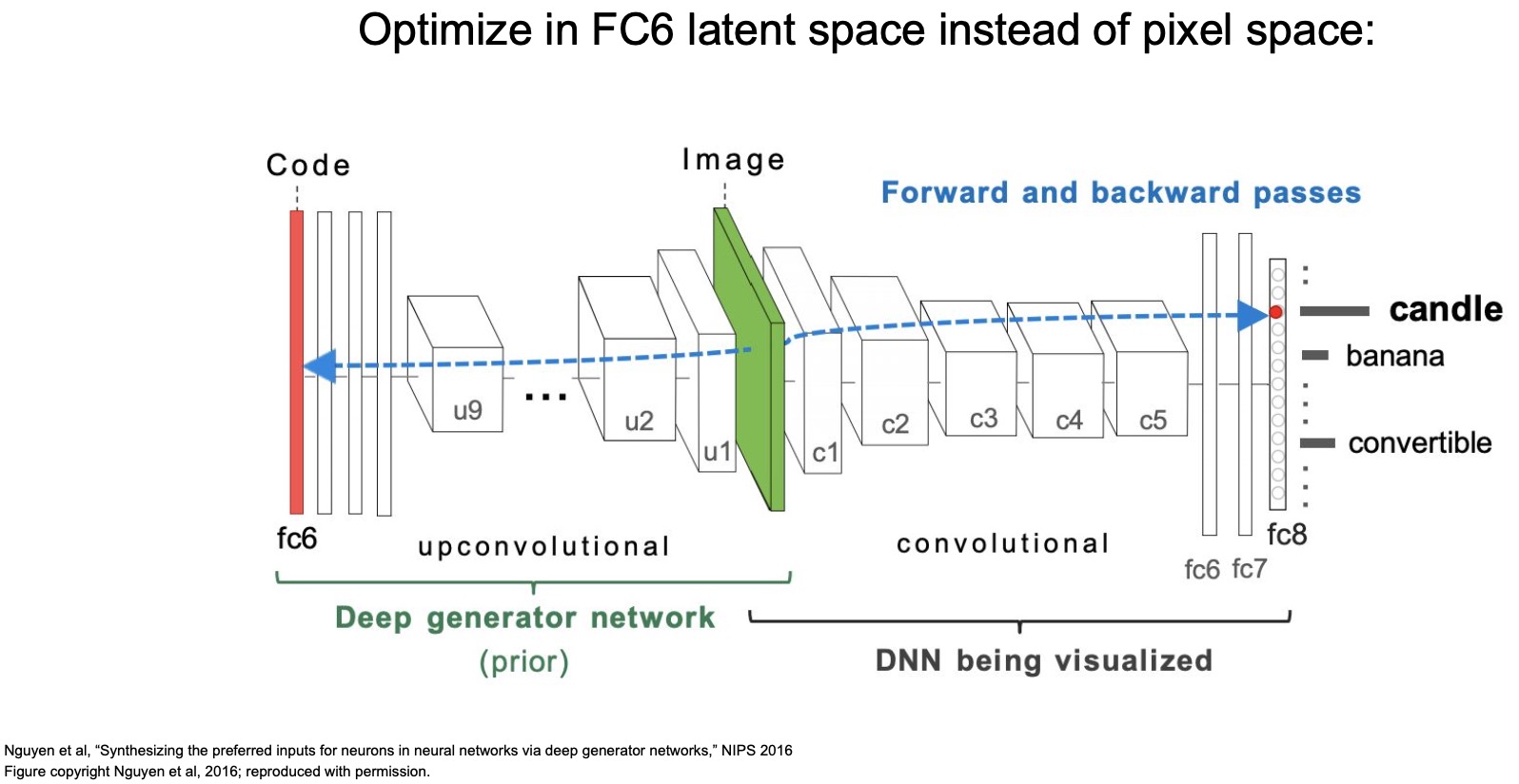 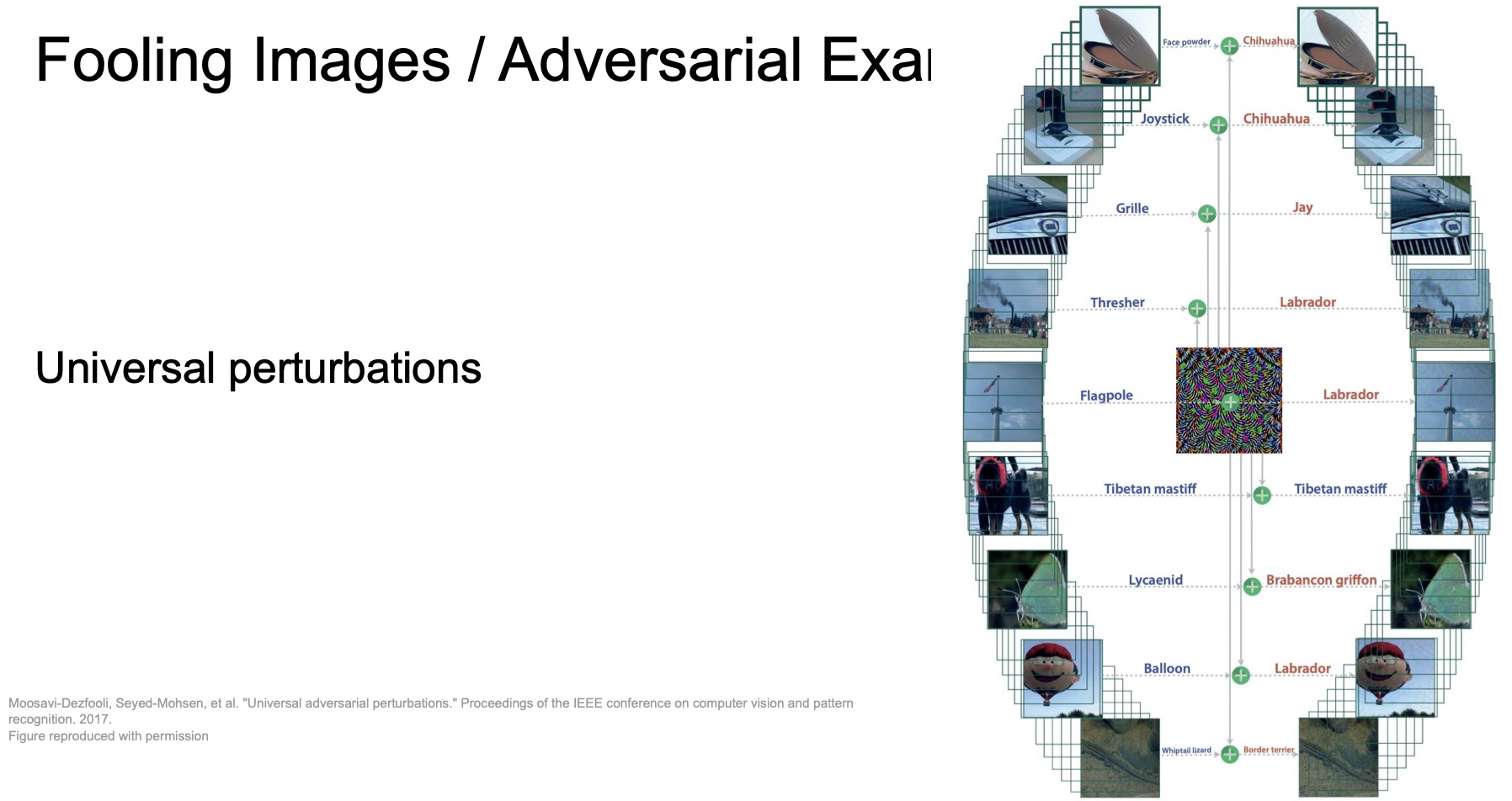 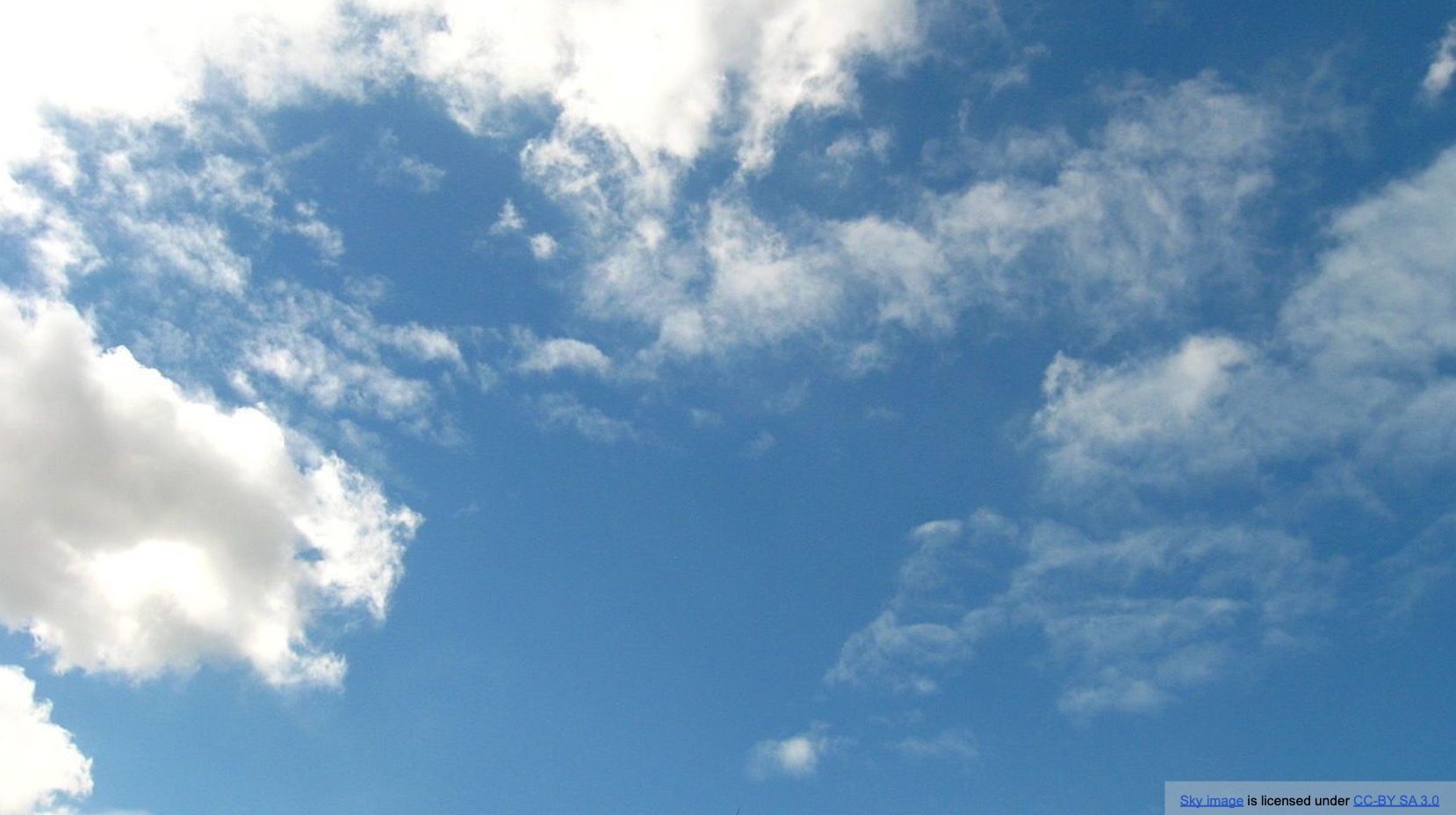 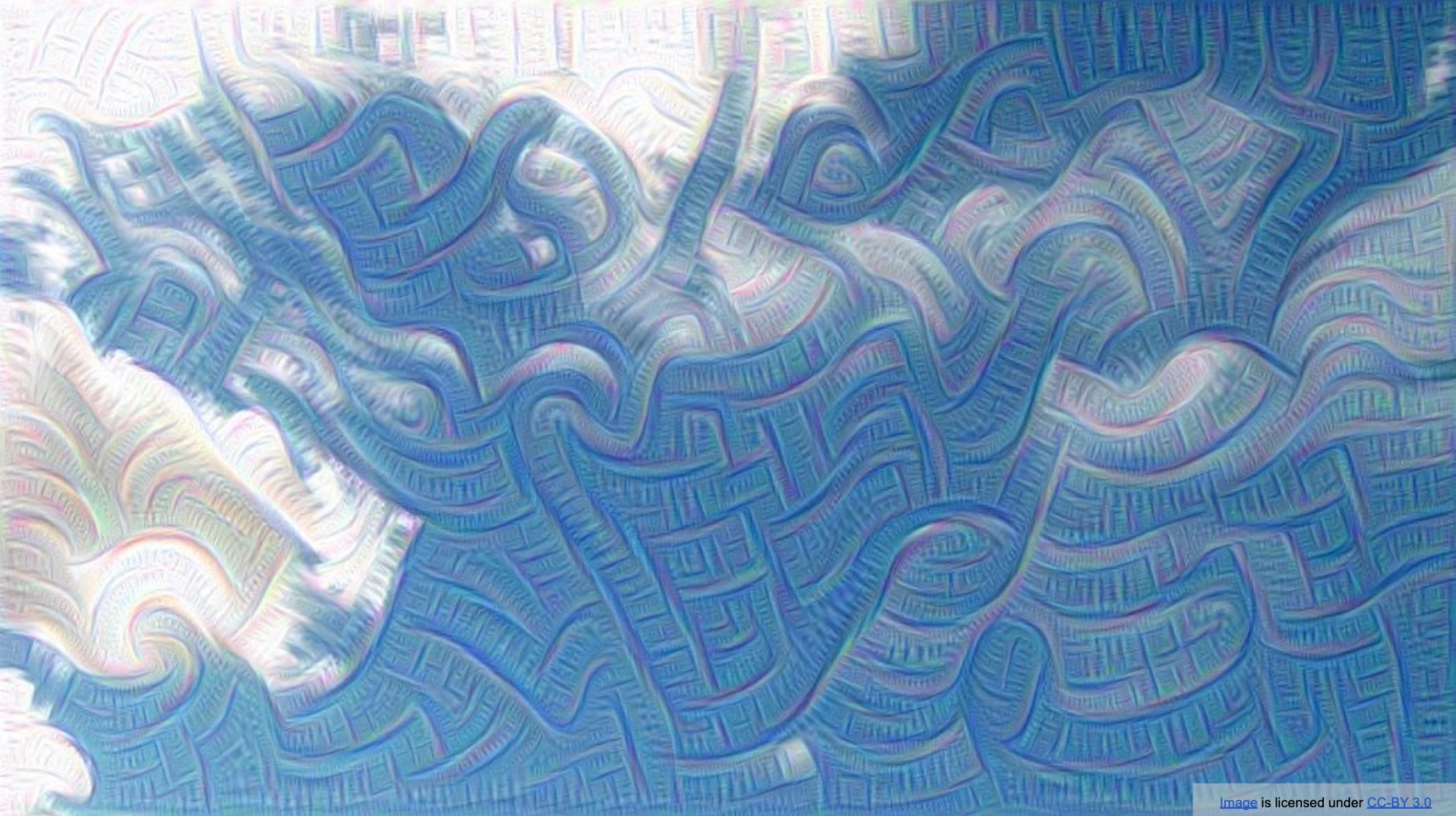 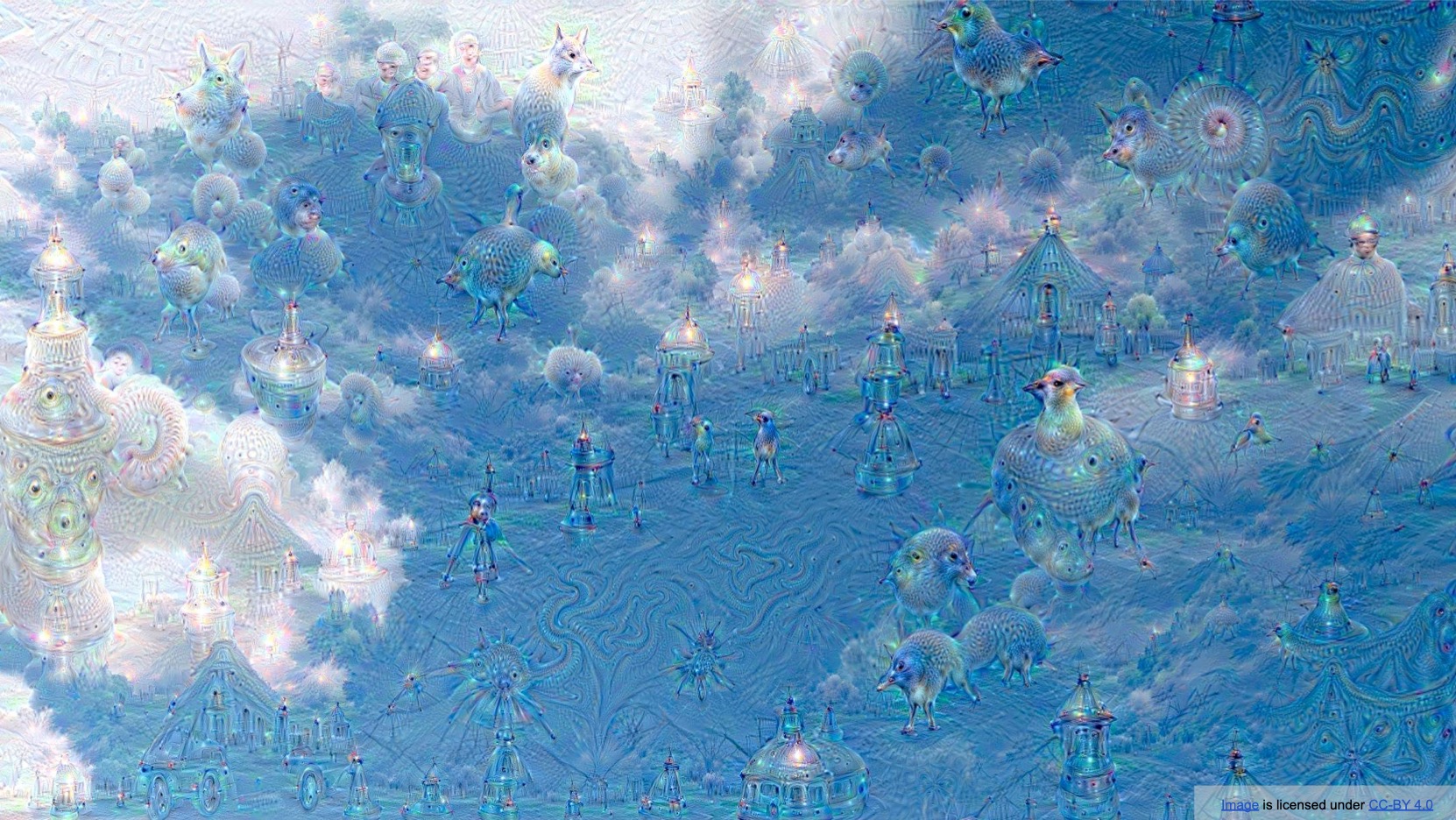 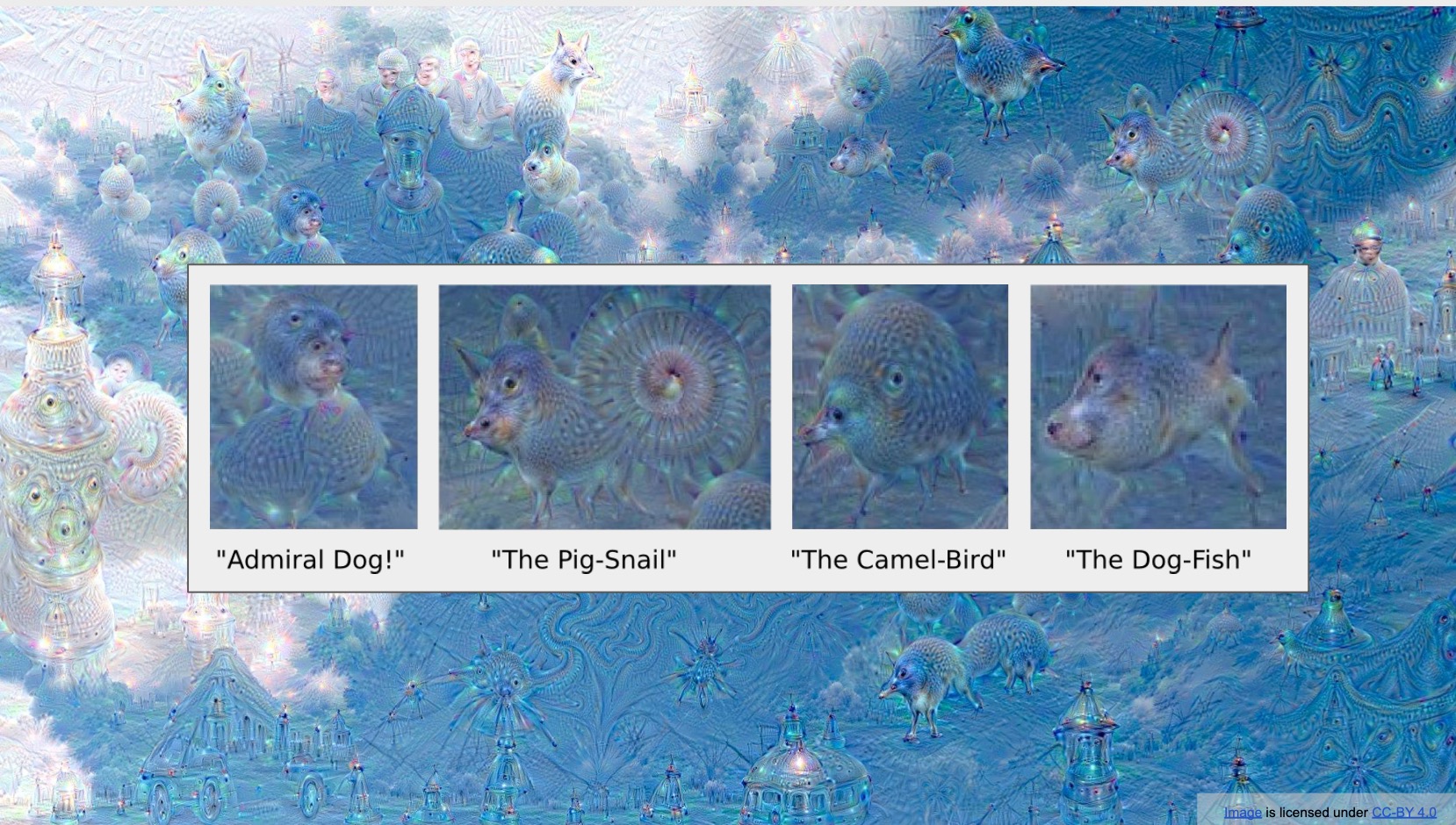 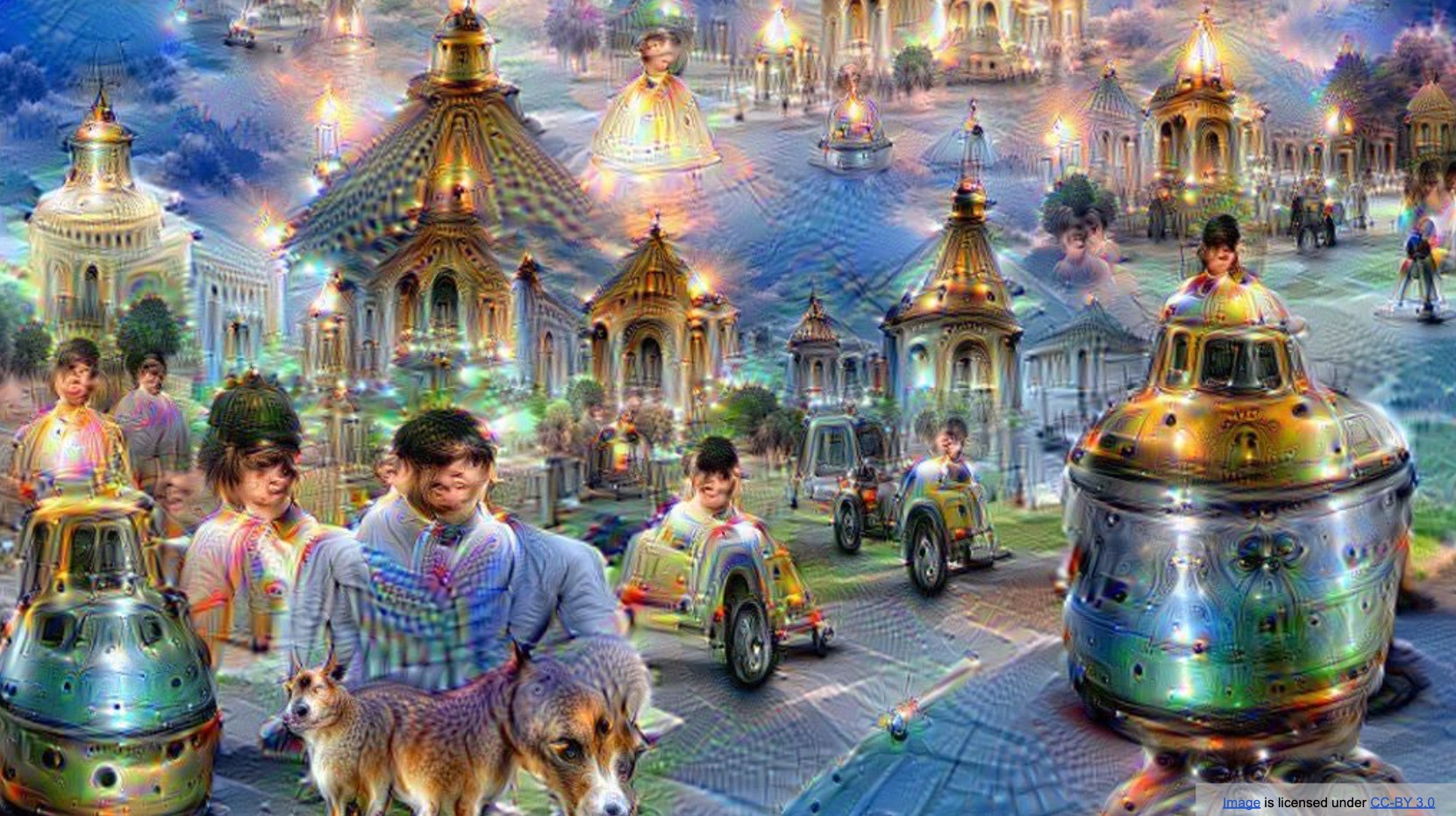 What is a CNN learning: Earlier layers vs. later layers

So, at each layer, you’re building upon the features extracted from the previous layer and deriving a set of relatively top-level features using them. Note that the filter outputs are summed over all the individual channel outputs, which tends to have an averaging effect which further leads to some amount of generalization, thus creating top-level features.

In that sense, you’re making a trade-off here – as you go deeper in a CNN, you capture more top-level features (shapes) which is essential to fare well at the task at hand (say, classification, detection, etc.) and lose low-level information about the image (colors, simple textures) present in earlier layers. Traversing through the depth of the CNN, the various layers serve different objectives depending on what level of depth we’re looking at.

Note that this has implications in privacy, because a lot of people were releasing datasets where we would featurize videos and images, hoping that those would be secure and you wouldn’t be able to get back the original images from which those features came from. With feature inversion, that is no longer true! We can’t just release our features because we can in fact recreate the original source that they came from. 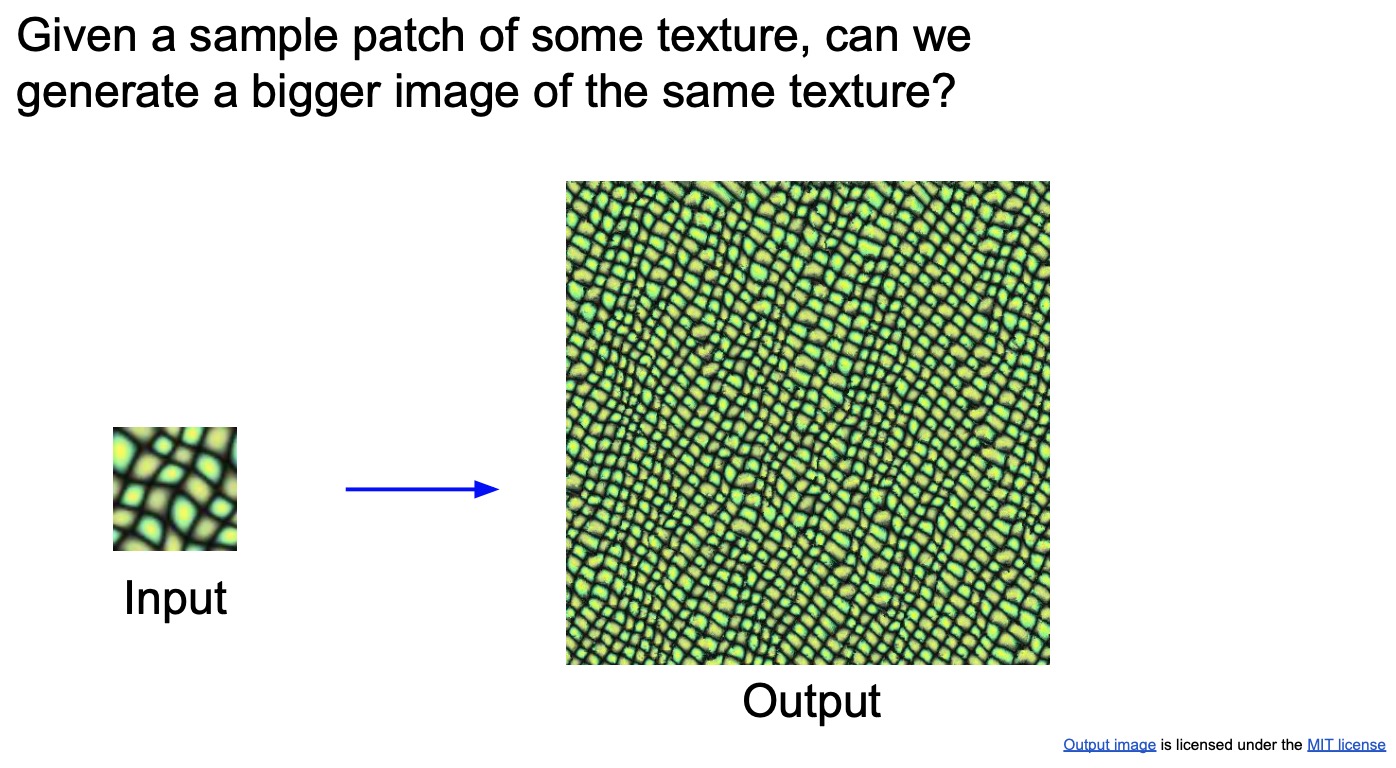 Intuitively, the gram matrices are capturing some amount of co-occurrence between feature vectors at different spatial locations. In other words, it’s distilling some sort of second order statistic of what’s contained in that texture.

You see a similar pattern emerge as earlier (shown below), where depending on which gram matrix you choose from which layer, you get back different kinds of textures. If you use the later/higher layers, you retain more of the high-level shapes of objects, but using the earlier/lower layers retains more of the textures and color blobs so it’s a trade-off where you might want to think about exactly which gram matrices at which layer are the most important for your given task.

In the below diagram, note that since the earlier layers of the network capture much of the colors, blobs and textures, they are adept at representing the style of the image (which is why we prefer to extract the style from the initial layers), whereas the later layers of the network capture the shape and thus, represent the content (which is why we use the later laters to extract the content of the image). 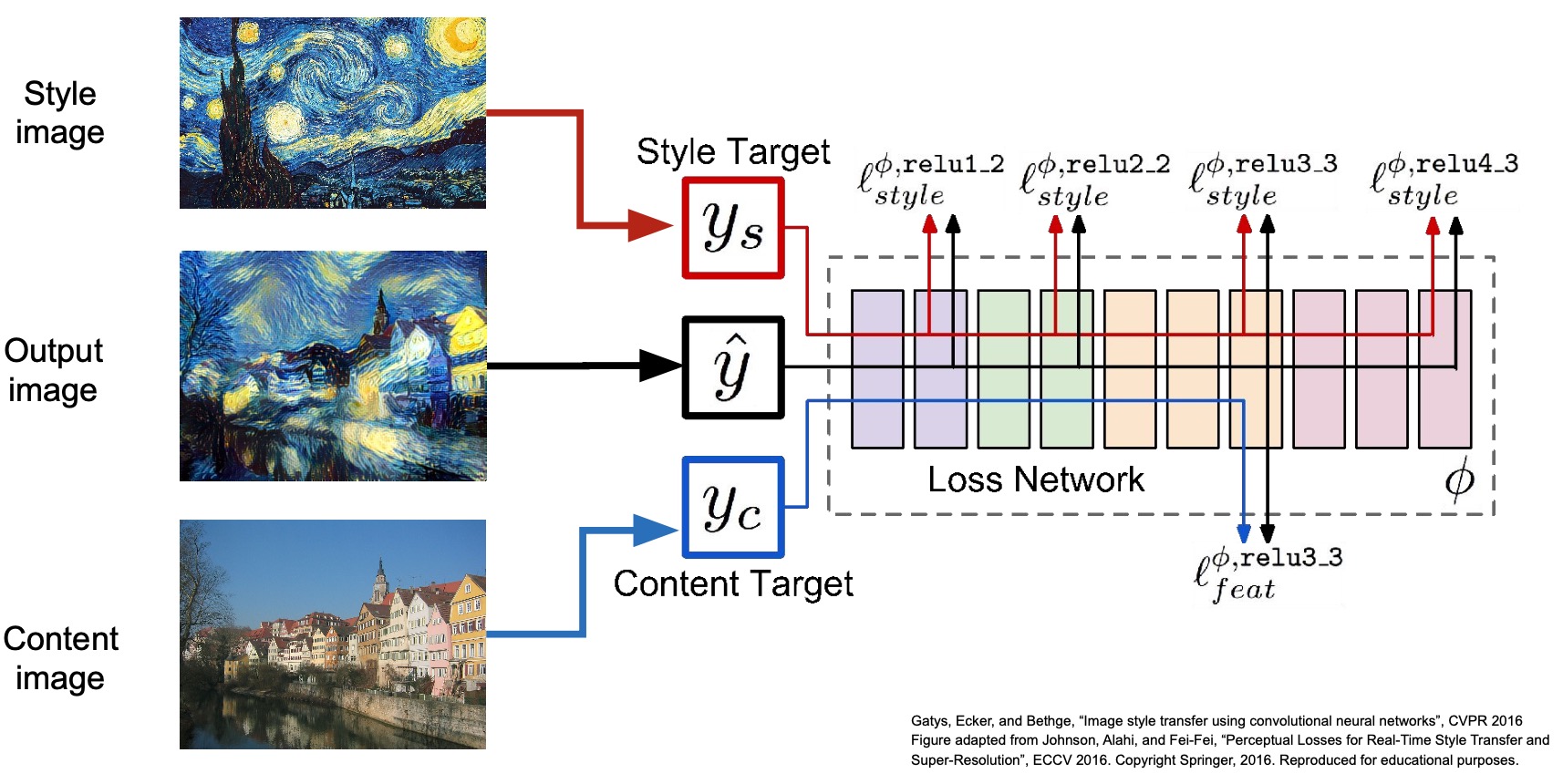 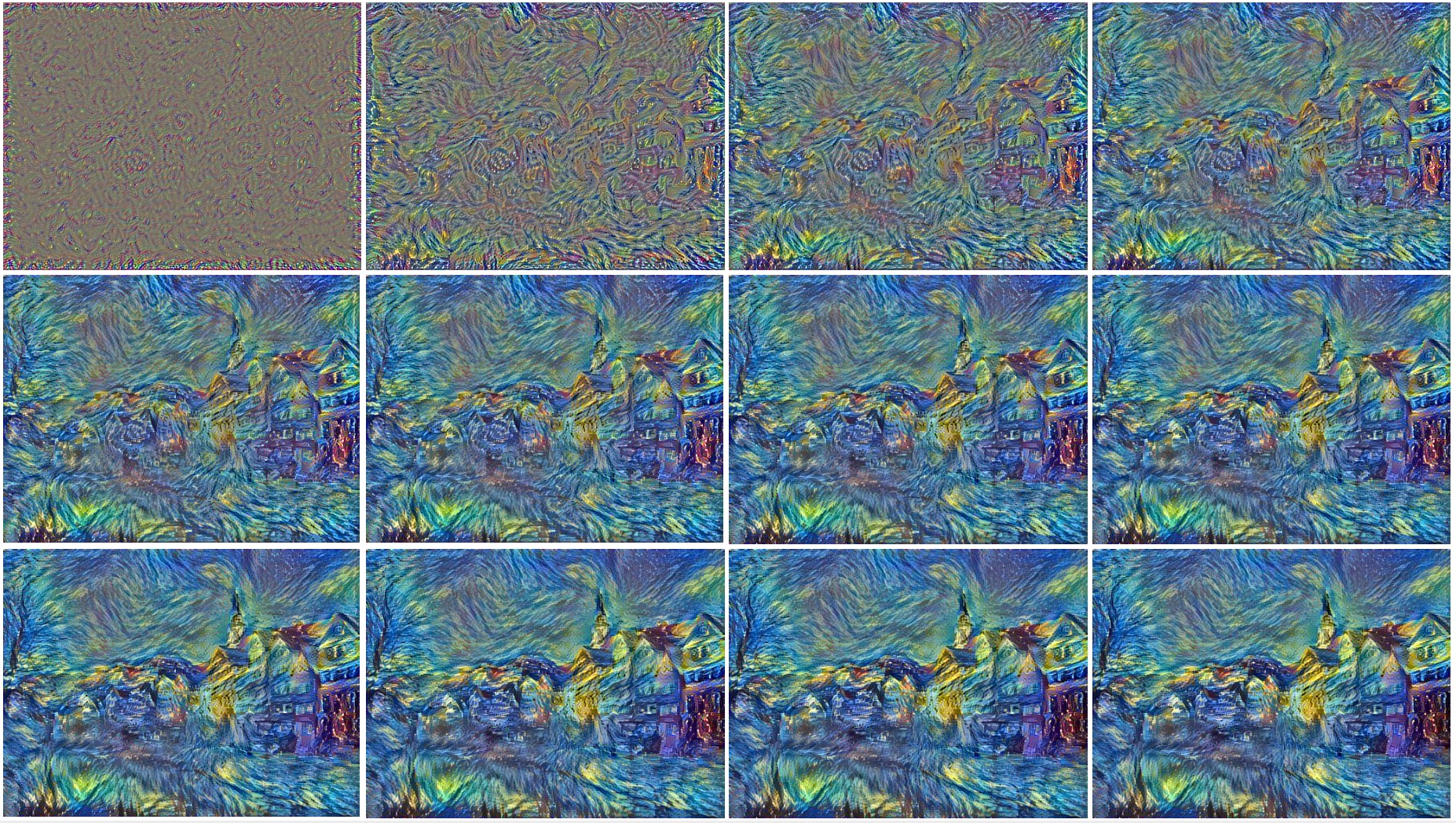 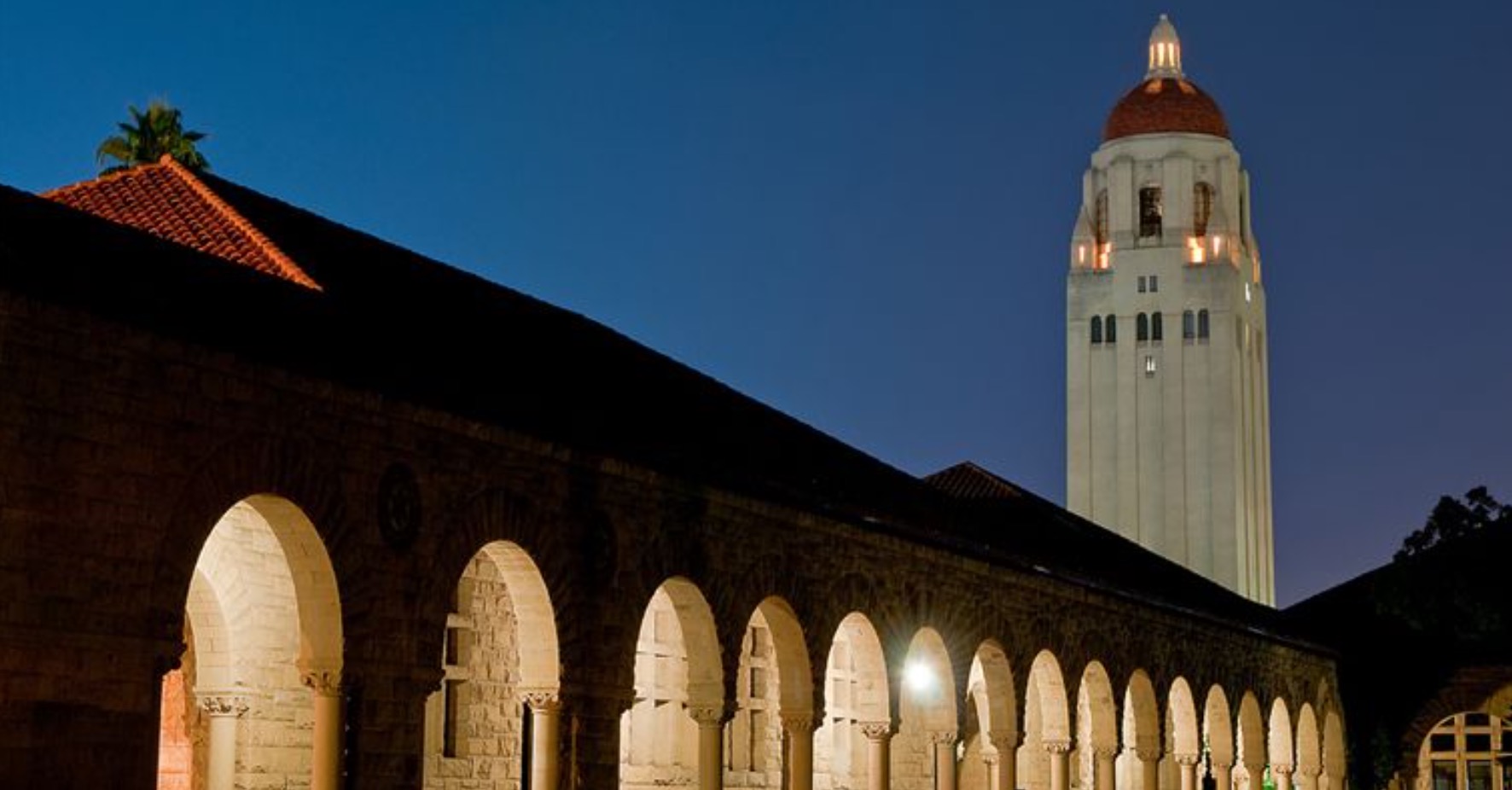 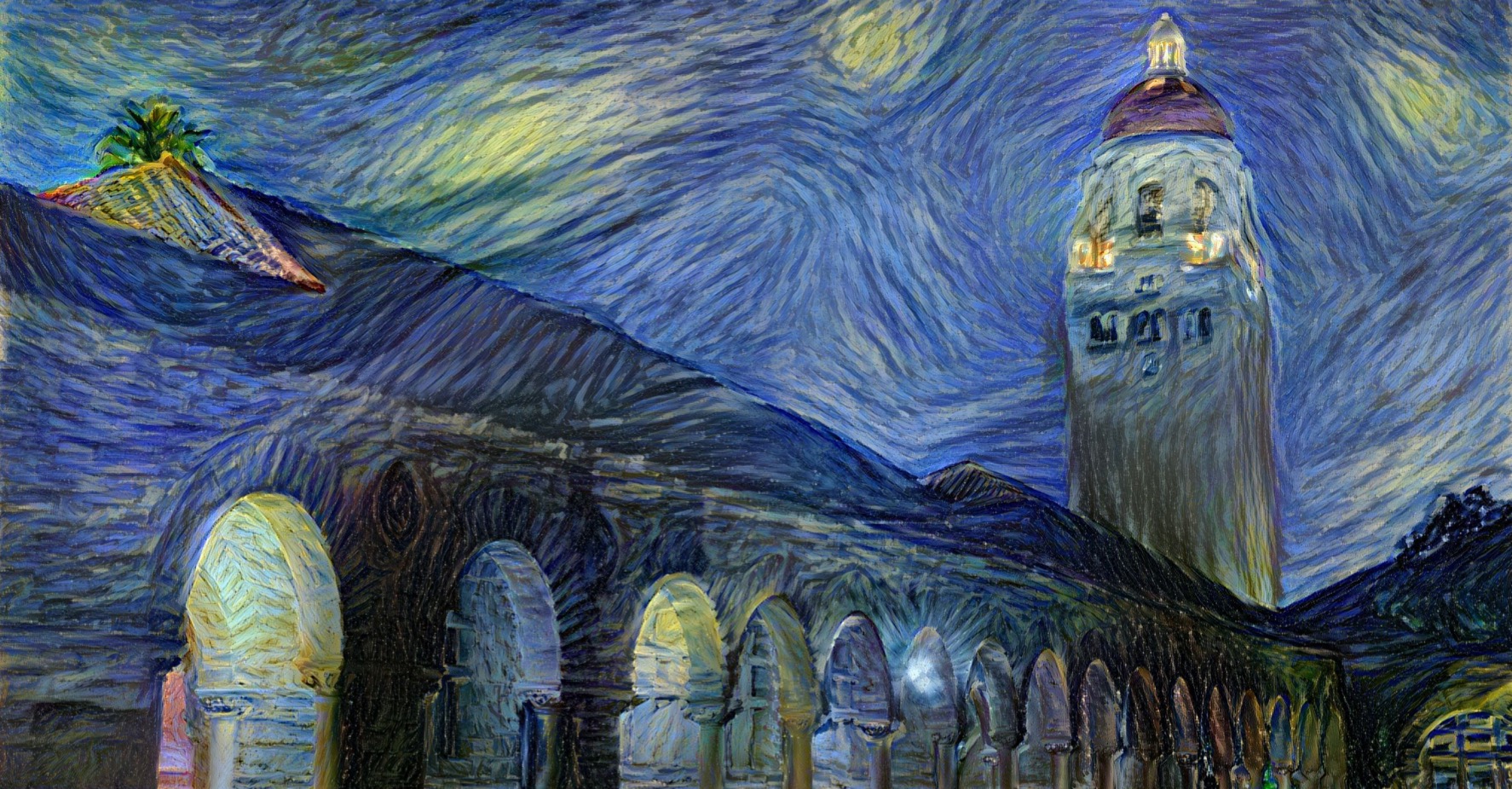 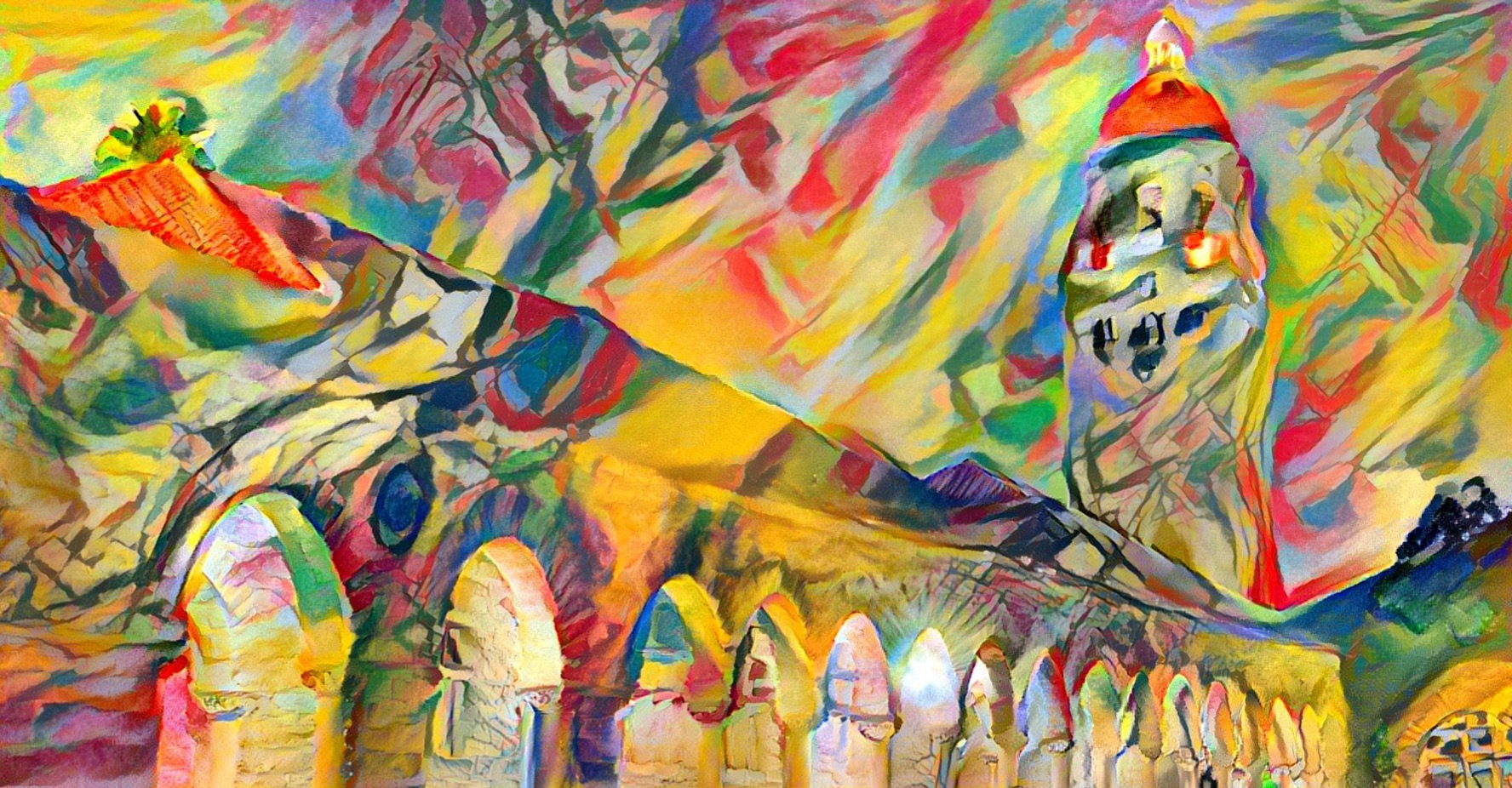 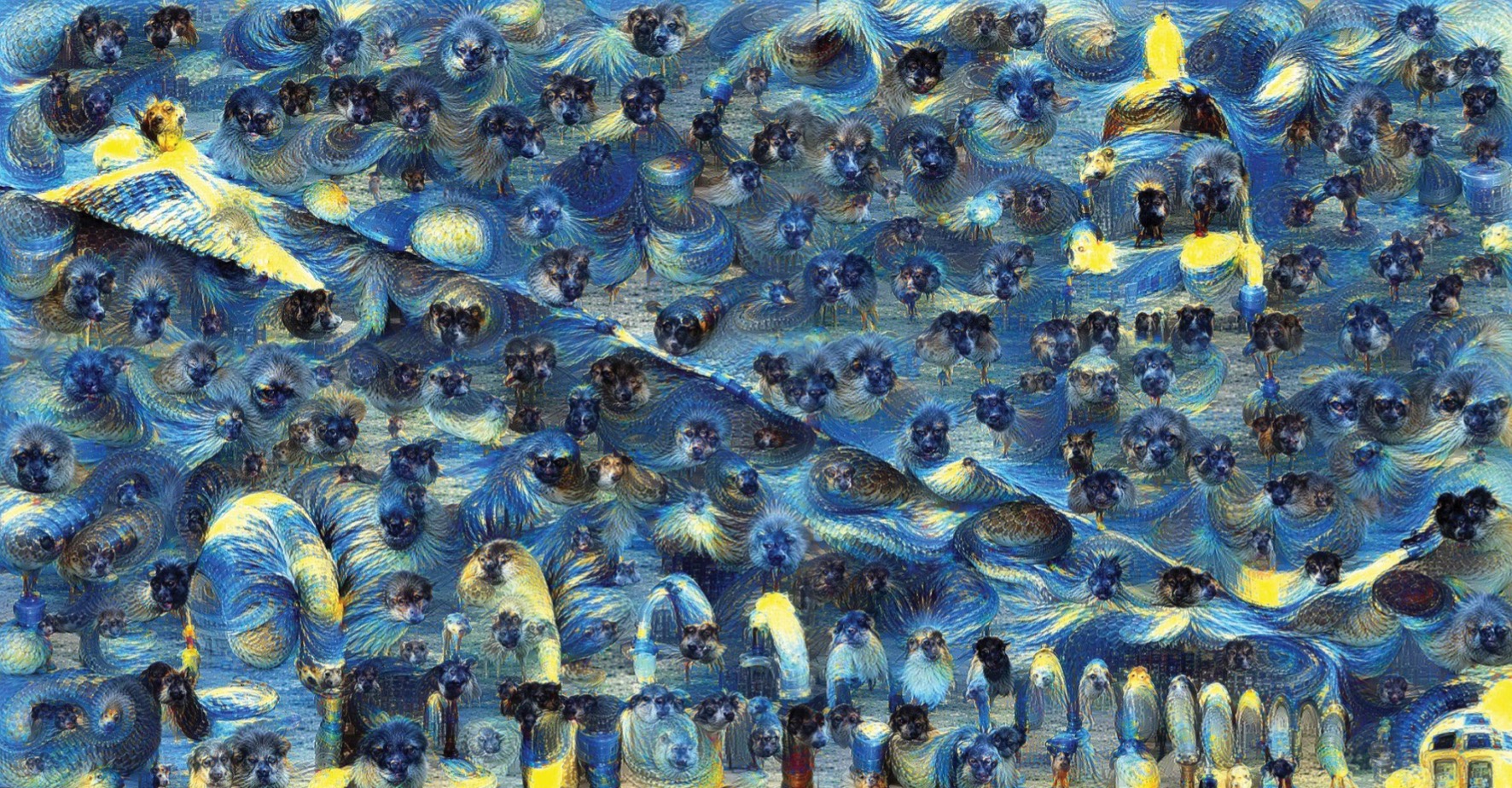 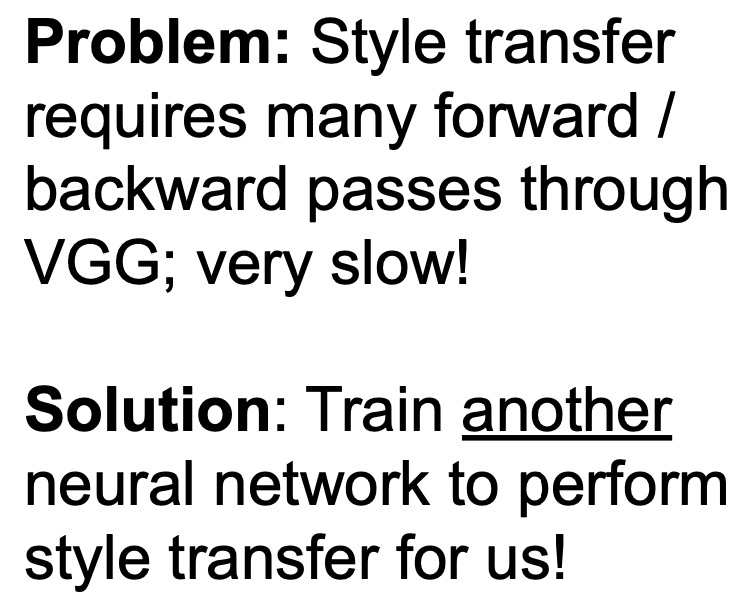 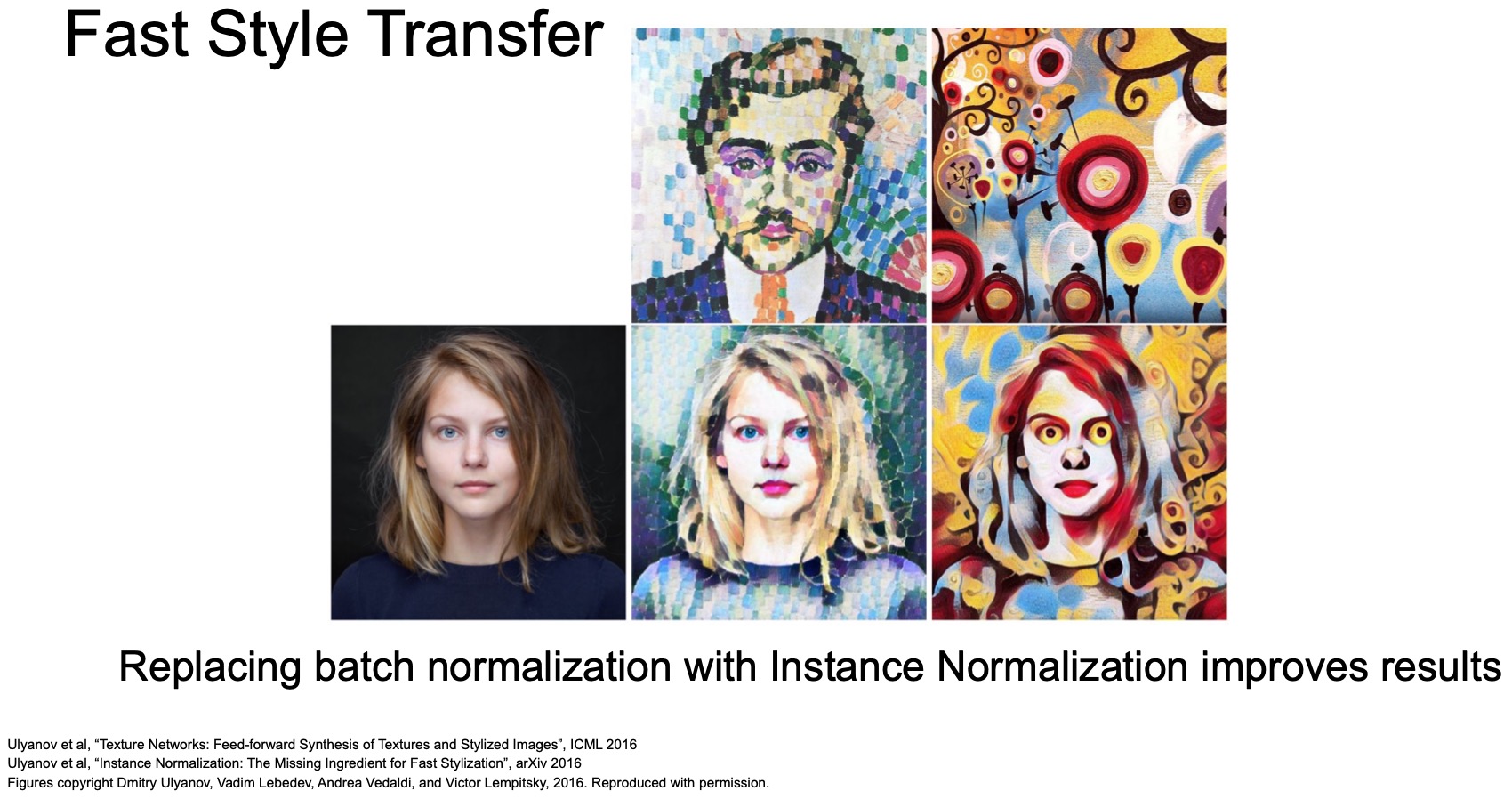 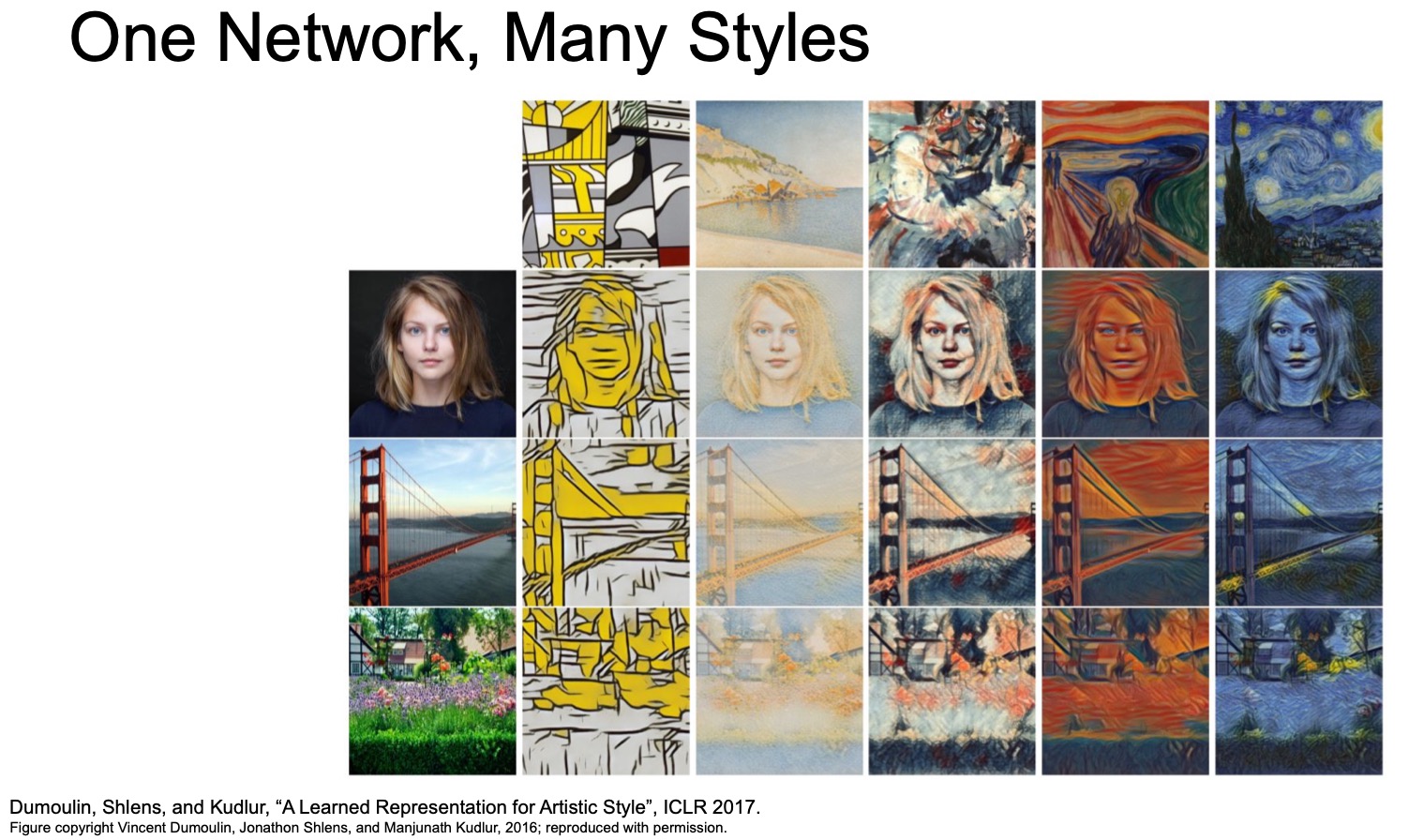 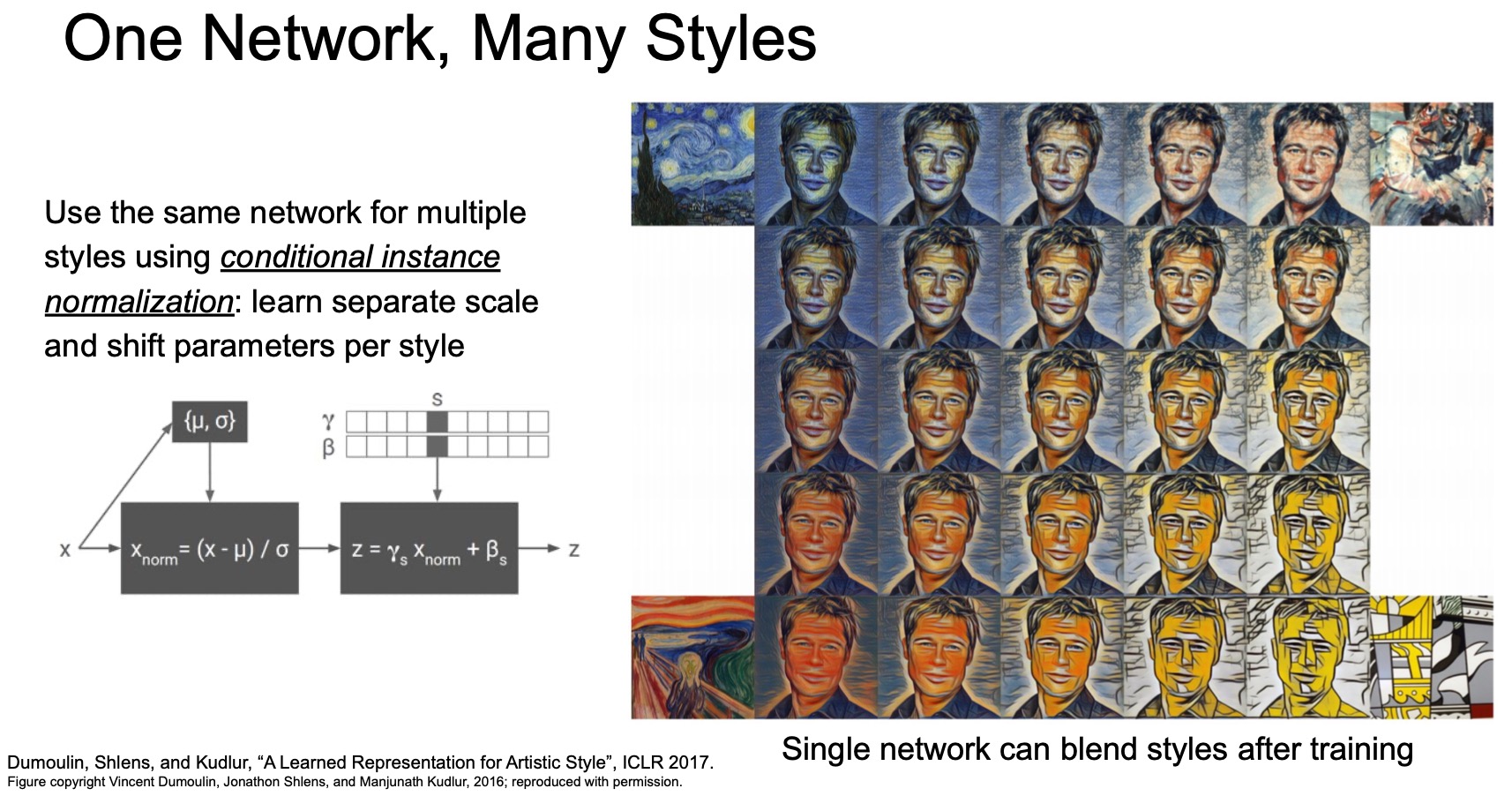 Here are some (optional) links you may find interesting: