These conditional probabilities basically represent how often the (unique) words in a tweet occur in positive and negative tweet samples.

The “naive” in Naive Bayes comes from the fact that this method makes the assumption that the features you’re using for classification are all independent, which in reality is rarely the case. 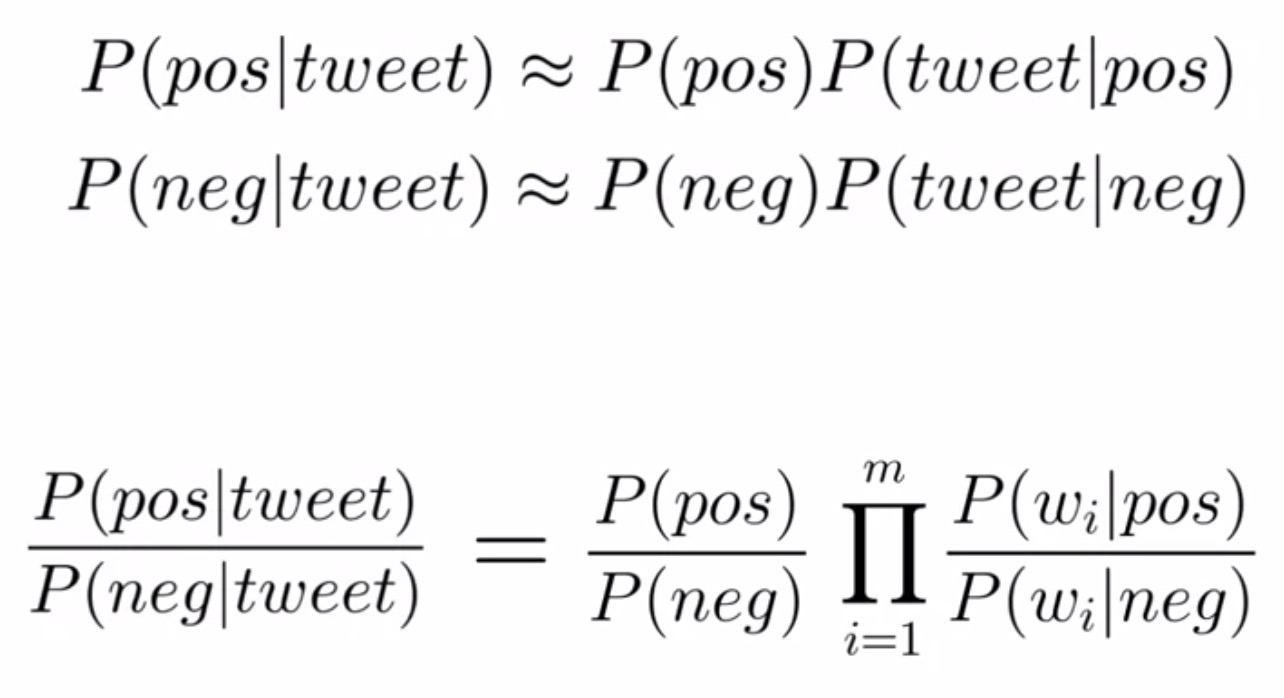