Each feature is conditional independent of every other feature, given the class.

The probability of a particular state is dependent only on the previous state.

Given an observation sequence \(W\) and the associated states \(T\) how can we learn the HMM parameters, that is, the matrices \(A\) and \(B\) ?

In a HHM supervised scenario this is done by applying the Maximum Likelihood Estimation principle, which will compute the matrices.

This is achieved by counting how many times each event occurs in the corpus and normalizing the counts to form proper probability distributions. We need to count 4 quantities which represent the counts of each event in the corpus:

where, \(M\) is the number of training examples and \(N\) the length of the sequence, 1 is an indicator function that has the value 1 when the particular event happens, and 0 otherwise. The equations scan the training corpus and count how often each event occurs.

All these 4 counts are then normalised in order to have proper probability distributions:

Decoding: finding the hidden state sequence for an observation 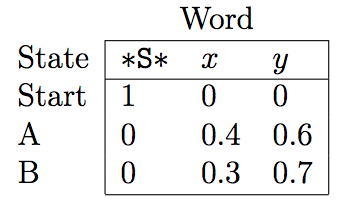 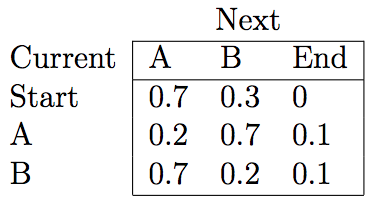 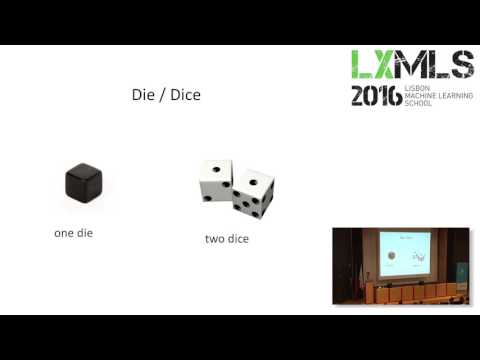