A representation that describes observations in terms of many overlapping features, such as capitalization, word endings, part-of-speech, formatting, position on the page, and node memberships in WordNet, in addition to the traditional word identity. 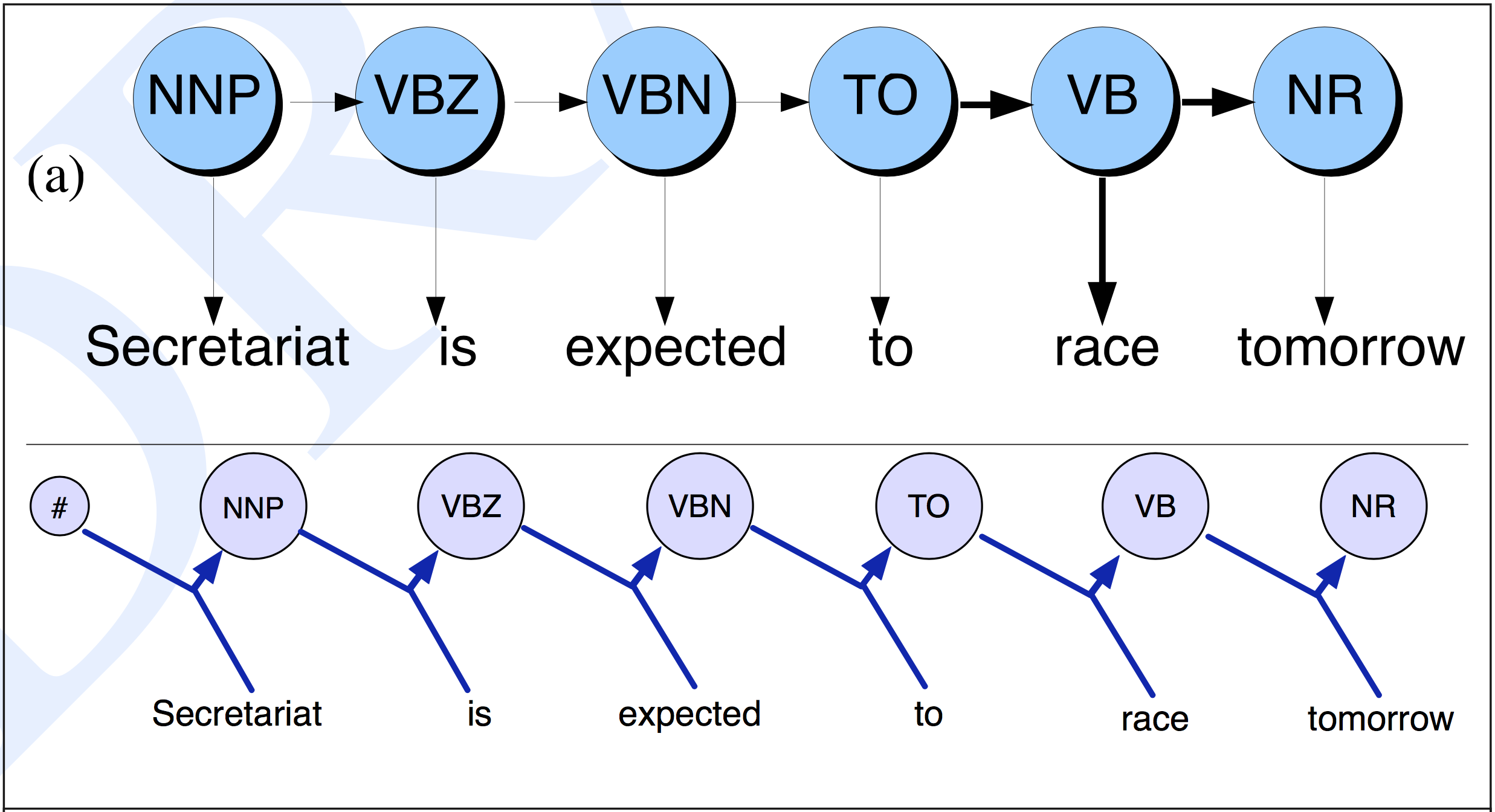